Chart House Live tickets do not include dinner. The show is in the private Chart House dining room / ballroom. You're not required to order dinner, it is an option for you to do so and we hope you do! No outside food or beverage is allowed in the show.

If you plan to have dinner at the Chart House Live, please make dinner reservations at one of these times, 5:30, 6:00, and 6:30pm so all can be served hopefully by 7 when the music starts.

Here's the CHART HOUSE LIVE DINNER RESERVATION link:
https://tableagent.com/minneapolis/chart-house-dbystiof/table-search
Sun. Oct. 2 - Johnnie Brown and the Sounds of Philadelphia Experience
One of the up and coming acts in America, Johnnie Brown & the Sounds of Philadelphia Experience delivers the WOW!.  Johnnie leads an amazing band through the Philadelphia Sound of the 70's and 80's like they were meant to be performed.   The songs, perfection.  Come and see Johnnie Brown, one of the top frontmen in the Twin Cities do what he does so well!
October 2nd Tickets
Thurs. Oct. 6 - Mick Sterling Presents HALLELUJAH WE LOVE HIM SO / A Night of Ray Charles
Unquestionably, one of the most influential and distinctive voices in Soul and R&B Ray Charles, is honored and celebrated in this unabashed love letter to the man in HALLELUJAH WE LOVE HIM SO.  An all-star band led by Mick Sterling and three fantastic background singers channeling the Raelettes, owns the legendary songs of Ray including, HIT THE ROAD JACK, NIGHTTIME IS THE RIGHT TIME, I CAN'T STOP LOVING YOU, CRYING TIME and so many more.  Come and celebrate the genius of Ray Charles as this band does the job in such a glorious way.
October 6th tickets
Sun. Oct. 9 -  Mitchell Hall and the Tennessee Trio | A tribute to Johnny Cash

The look, sound and energy of Johnny Cash in his early years. Mitchell lives and breathes the Cash way of life. Trains, prisons, love gone bad, westerns and even a boy named Sue! The Tennessee Trio replicates the sound of Johnny’s original band. 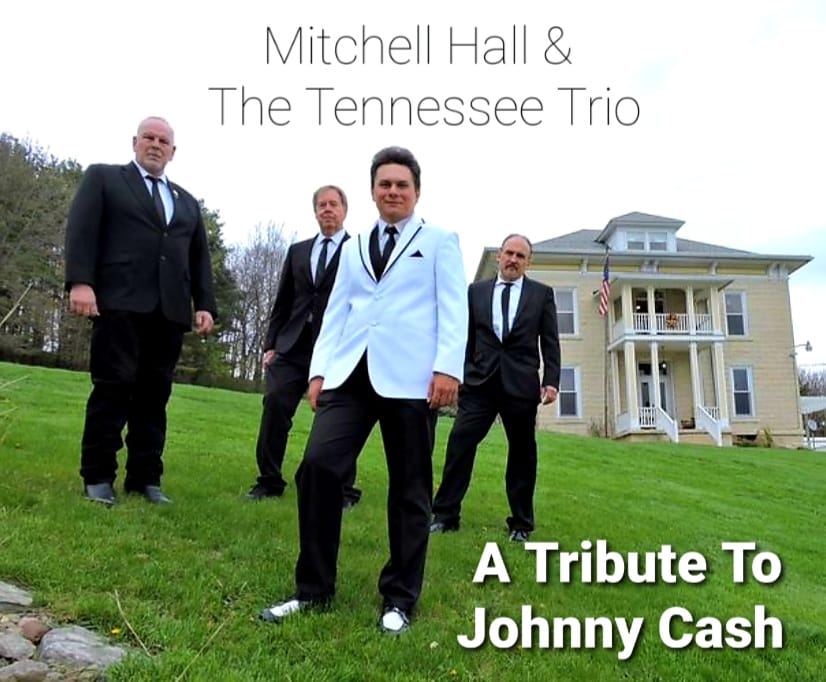 October 9th Tickets
Thurs. Oct. 13 - TO BE DETERMINED​
Sunday, Oct. 16 - The Joyann Parker Band
Truly one of the most dynamic and magnetic and talented Blues and Soul artists to be in the Twin Cities for decades, Joyann Parker and her top-notch band sell out rooms all across the region.   This promises to be a huge night as Joyann Parker Band burns through classic Blues and Soul covers and her own incredible original material.  Look at what Star Tribune mainstay Jon Bream said about her latest release "Out of the Dark".    Don't miss this incredible show folks.

“Triumphant…this self-released project is world-class. A deeply passionate, profoundly eclectic collection, 'Out of the Dark' is a giant step forward for Parker, ranging from Latin-tinged blues and New Orleans-flavored R&B to barroom boogie and pure '70s pop. With her dynamically emotional and goosebump-inducing voice, Parker is consistently convincing…songs also have the potential to heal others who might relate to her narratives.”
October 16th Tickets
Thursday, Oct. 20 - 2 Girls and a Boyd
2 Girls and a Boyd was born out of a love for rich complex vocal harmonies.  These veterans of the state and studio combine for a live powerful experience.  Highlighting the talents of each of the artists, the three members, Mary Jane Alm, Aimee Lee and Boyd Lee performed for the first time as an ensemble in late 2016 to immediate critical acclaim.  Joining them on mandolin is the one and only Richard Kriehn from Prairie Home Companion.  This is a wonderful night of music, don't miss it!
October 20th Tickets
Sunday, Oct. 23 - MOONSHADOW / An evening of Cat Stevens featuring Michael Monroe
Cat Stevens "had a rare ability to combine the strength, fragility and sometimes mystery of his highly personal compositions.  Minnesota legend Michael Monroe captures all of this in his critically acclaimed show MOONSHADOW.   Expect the best of Cat Stevens with songs like "Wild World", "Peace Train", "Father and Son", "Hard Headed Woman", "Where do the Children Go" and many more classics of Cat Stevens.  This is going to be a very special night indeed!
October 23rd Tickets
Thurs. Oct. 27 - MIck Sterling Presents HEART & SOUL / The Songs of Huey Lewis and The News
This show is a hit machine as we celebrate the masterful hybrid of R&B, Rock and Soul that Huey Lewis and The News refined and perfected for decades.   Led by Mick Sterling with a band including Boom Boom Steve Vonderharr on harmonica, a three piece horn section and a rockin band and background vocals, HEART & SOUL will feature songs such as HIP TO BE SQUARE, WALKING ON A THIN LINE, BACK IN TIME, I WANT A NEW DRUG and great deep tracks too.  This is a hell of a fun show and one you should definitely attend!!
October 27th Tickets
Sun. Oct. 30 - Mick Sterling Presents AMY / A Heartfelt Tribute to Amy Winehouse featuring Cate Fierro
The far too short career of the legendary Amy Winehouse is performed brilliantly by Twin Cities favorite Cate Fierro as she leads her amazing band in this unabashed celebration of the music of Amy Winehouse, one of the most important voices in popular music. Heralded by the great Tony Bennett as a complete original, the songs of Amy Winehouse including REHAB, VALERIE, BACK IN BLACK and many more great music experiences happen on this night.   The vibe of this show is electrifying.  Be a part of it.
October 30th Tickets